For eleven years now, the Young Painter Prize (YPP), an annual art competition project for the Baltic region countries, has been gathering the attention of art professionals and painting devotees from all over the world. This year’s winner has been announced during the award ceremony that was held in Vilnius on 8 November, 2019. The prize worth 5000 EUR has been awarded to Latvian artist Sandra Strele. The artist received a real ‘success package’: a two month residency in SomoS Art House, Berlin, 2000 EUR, and an opportunity to hold a solo show in “Pamėnkalnio” Gallery, Vilnius. Yet the most significant part of ‘package’ is that the winner’s work will be included in the Lithuanian Art Museum art collection in the National Art Gallery. 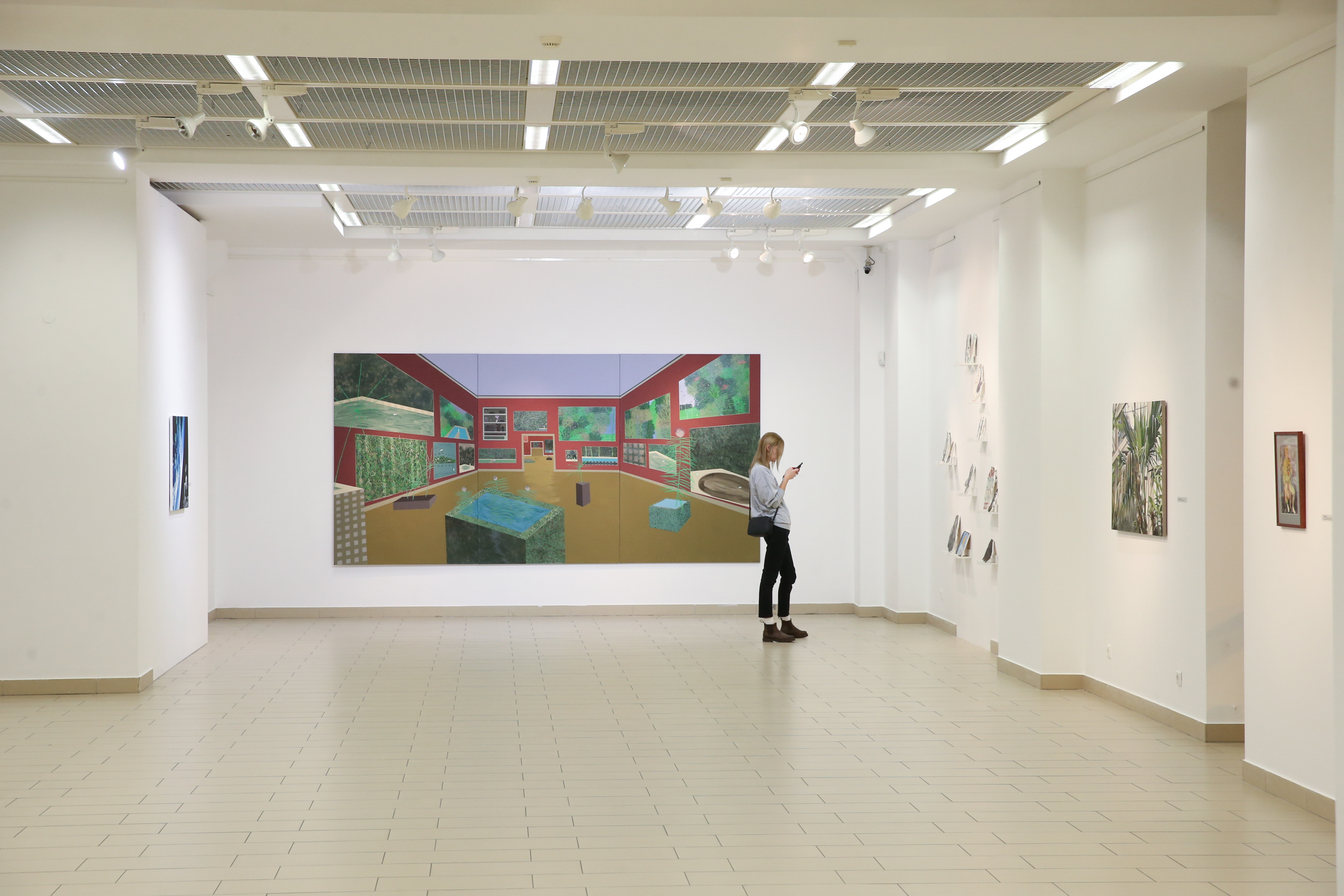 This year the YPP project jury included Vilius Kavaliauskas, the founder and proprietor of the Lithuanian Expatriate Art Foundation and the Lewben Art Foundation, and member of the Russia and Eastern Europe Acquisitions Committee (REEAC); Maarit Murka, one of the most prominent Estonian hyper-realist painters; Arūnas Gelūnas, director of the Lithuanian Art Museum, former Prorector of the Vilnius Academy of Arts, and former Culture Minister; Paulus Fugers, visual artist, curator, and the founder and director of the SomoS residency centre in Berlin; and Šelda Pukite, Latvian art critic and art curator.

Following the success of the last year’s initiative, the creative communications agency “Autoriai” and the contemporary art gallery “The Rooster Gallery” introduced their own additional prizes.

The “Autoriai” agency, a close collaborator with the artists of the Baltic region, contributed with their “Special Mention” prize – 750 EUR. The winner of this prize has been selected by the interdisciplinary jury of Aušra Trakšelytė (art critic, curator, and organizer of cultural events), Darius Petrulaitis (photographer), Giedrė Šileikytė (founder and creative director of the “Autoriai” agency), Gilma Teodora Gylytė (founder and architect of the “DO Architects” studio), Ieva Rekštytė-Matuliauskė (Editor-in-Chief of the Moteris magazine), and Viktor Bachmetiev (philosopher, translator, publisher). This year’s “Special Mention” prize went to latvian artist Arnolds Andersons.

One of the YPP finalists also received “The Rooster Open”, an encouragement award from the “Rooster” gallery which works exclusively with the up-and-coming young artists. The award features the opportunity to run a solo exhibition with the full curatorial and managerial support from the Rooster Gallery. This year, “The Rooster Open” award winner is Lithuanian artist Eglė Norkutė.

Exhibition "The Study. Genesis of Artwork. Augustinas Savickas" at the National Gallery of Art Photoreportage from the talk with Nico Vascellari