On 9 November at 3.30 pm the exhibition "Rare visitor: artwork by Max Band in Marijampolė" will open at Beatričė Kleizaitė-Vasaris' art gallery in Marijampolė (P. Butlerienės st. 5, Marijampolė). Exhibition includes paintings by litvak artist Max Band (1900–1974) which he created in Lithuania, France, United States of America. This exhibition is the result of collaboration between cultural institutions of Lithuania: Beatričė Kleizaitė-Vasaris' art gallery, Lithuanian Expatriate Art Foundation, the Lewben Art Foundation, Lithuanian Art Museum and M. K. Čiurlionis National Art Museum and also one of the closing events to celebrate Marijampolė as Lithuanian Capital of Culture in 2018. 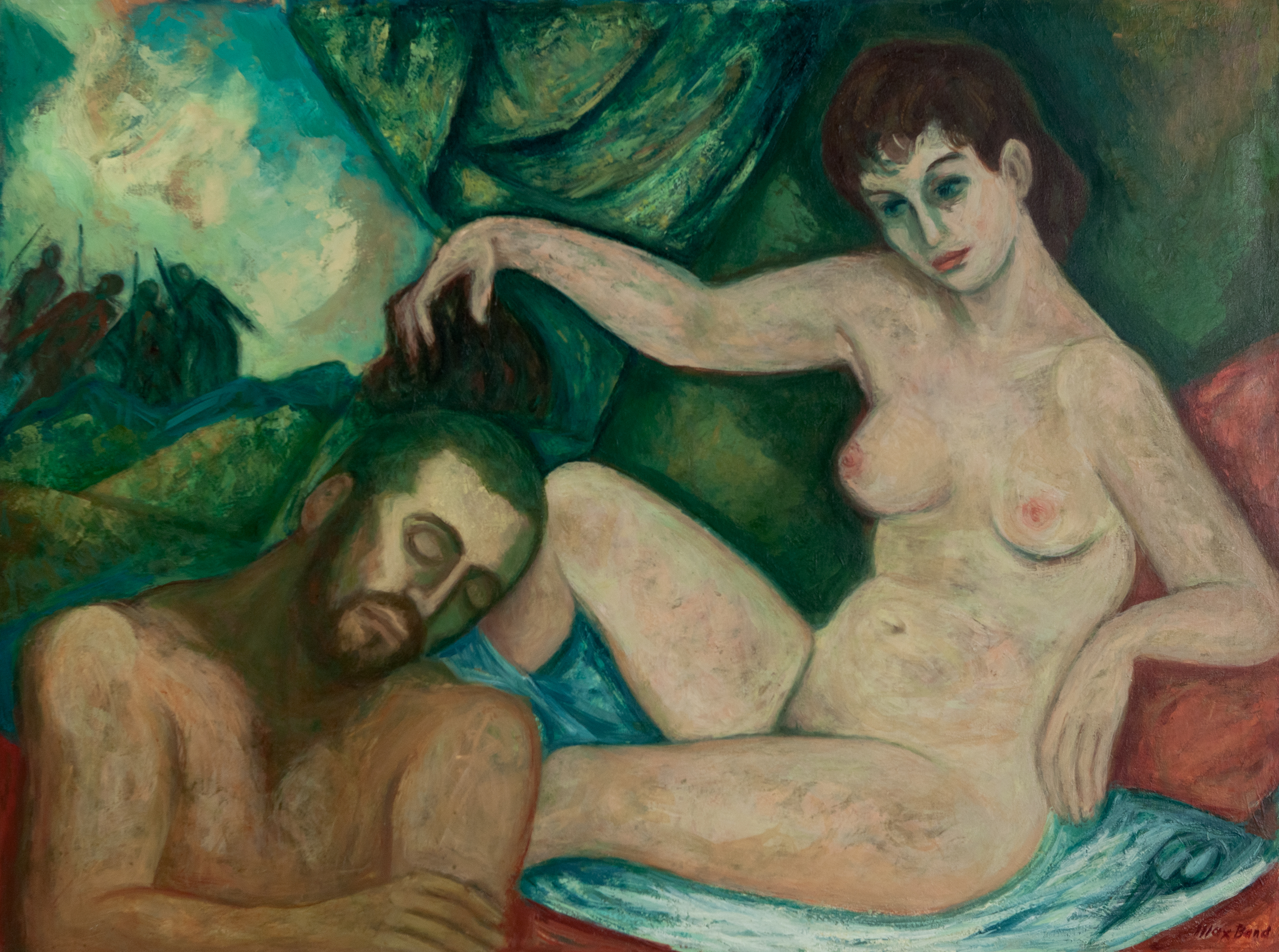 Max (Mordechai) Band was born into a religious Litvak family. His father died when he was only three, and at the age of five he also lost his mother. An aunt took in him and his sister, and brought them up in Marijampolė. Then the First World War broke out, which brought yet more extreme hardship. At the age of 14, Band tried to earn some money, and started painting signboards for shops. Dr Max Mayer, the headmaster of the Jewish gymnasium, noticed the talented youngster, and invited him to work as an art teacher. In 1920 he sent him to study in Berlin. After three years of studying there, Band moved to Paris. On a visit to the United States in 1933, he painted a portrait of President Franklin D. Roosevelt. He moved to California with his family when the Second World War broke out.

Band became famous at a very early age. Critics emphasised the disparity between the personality of the cheerful, blue-eyed painter and his solemn, lyrical works. In an interview, Band once said: ‘There were times in Berlin that I had to leave my personal exhibitions when some grey-haired pundits visited them; and in Paris some people advised me to sprinkle powder on my hair, because in their opinion my youthful hair did not match my work’ (1932, Suvalkietis, 29:3).

When he lived in Paris, he joined the painters of the École de Paris. But his unique provincial world-view emerged clearly at the outset of his artistic career: ‘Even when he became a Parisian, he nevertheless remained in his heart a resident of Marijampolė’ (N. Frankas, 1939, Apžvalga, 24:7). Because he lost his parents so early in life, the painter focused his artistic activity on his family. His wife and son often sat for portraits, and even modelled for characters in everyday or biblical scenes. When he painted landscapes, portraits or figure compositions, Band did not seek to depict extreme situations, overly impressive natural phenomena, or decisive moments in the lives of his artistic characters. He was concerned with simple everyday details, because he saw them as being important in reflecting the reality of life.

Means of expression were important to Band as far as they enabled him to convey an idea. He developed an especially minimalist and elegant version of French Expressionism, with occasional bursts of Impressionism. He took care to limit the number of subjects and the range of colours and moods in his paintings. The charm of his pictures therefore lies in their simplicity. He mastered the sfumato technique, and with it he created a melancholic, lyrical mood. ‘Band became even more Jewish in cosmopolitan Paris. His trademark is sadness. Even his flowers bloom in a sad way. A drizzle of sadness is sprinkled across his paintings, landscapes and portraits’ (N. Frankas, 1939, Apžvalga, 24:7).

The large output of Max Band can be found mostly in the USA, but we can also see some of his works in Lithuanian and West European museums (especially in France and Germany), as well as in private collections around the world. (Information source: Litvak Art in Private Lithuanian Collections. Compiler Gradinskaite, V. (2015). Vilnius: Lewben Art Foundation)

"Sheep Got Waxed" concert at the personal exhibition of A. Sutkus at the National Gallery of Art X YPP: Vilmantas Marcinkevičius. Cross The Line