This year’s winner of the Young Painter Prize competition was announced in Vilnius Picture Gallery on 18 November. For fourteen years now, YPP is continuing to be one of the key events for the young artists from Lithuania, Latvia, Estonia and, exceptionally this year, Ukraine. The YPP’s international jury announced Linas Kaziulionis as this year’s best young painter in the Baltic states. 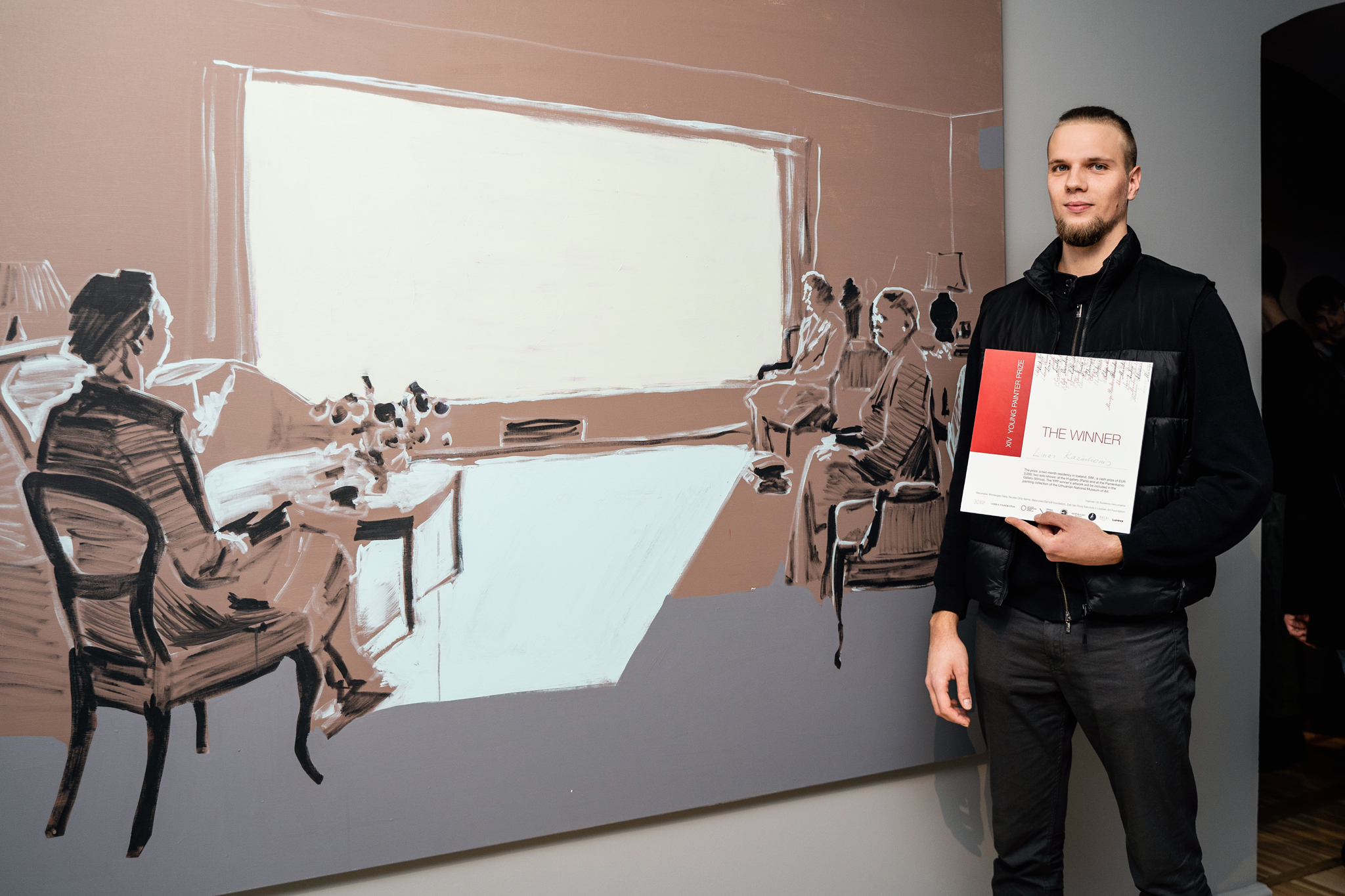 This year’s YPP winner Linas Kaziulionis was awarded a two month residency in SiM, Iceland; a cash prize of EUR 3,000; and an opportunity to hold two solo shows: at the H gallery (Paris) and at the Pamėnkalnio Gallery (Vilnius). The YPP winner's artwork will also be included in the painting collection of the Lithuanian National Museum of Art .

“Each year, the YPP winner is decided only a few hours, sometimes minutes before the announcement. The participants, audience, organisers and the jury thus have to spend all this time in the state of suspenseful excitement. And we are indeed particularly excited about this year’s winner Linas Kaziulionis. The jury said about his artwork that “they felt that the work presented an accurate representation of the complexity of our world. With a minimal expression, an economy of means, the artist managed to say a lot and raise many different interpretations among us. It's powerful aesthetic, his technical qualities refer to a deep tradition of painting but are also strongly contemporary.” We are happy that L. Kaziulionis artwork will now join the collection of the Lithuanian National Museum of Art and thus become part of the history of painting in the Baltic states,” said the YPP organiser Julija Dailidėnaitė Palmeirao.

“One of the key benefits of the YPP competition is that the artists, viewers, curators and art critics get the unique opportunity to see the work of the youngest artists who will soon become major players in the art field of the Baltic states,” said YPP organiser Vilmantas Marcinkevičius.

He also added that the reputation and continuity of YPP are all due to the active participation of artists from Lithuania, Latvia and Estonia.

The YPP project is ongoing since 2009 and is now one of the key art events in the Baltic states. Its mission is not only the introduction of up-and-coming artists to wider audiences, but also helping art collectors and curators discover new talent in the Baltic states. The YPP competition is open to art students and graduates up to years old.

Luminor bank also offered a special prize – the “Prize for Youth Empowerment”. The jury wanted to award the special prize to someone who represented a non debatable quality of painting and who was also capable of creating strong images and interesting compositions. This prize went to Laura Slavinskaitė

The last stage of the YPP competition involved fifteen finalists whose works will be on display in Vilnius Picture Gallery until 29 January, 2023

The Homecoming of Gut Feeling by Robertas Narkus 14th Young Painter’s Prize: What’s on this year?