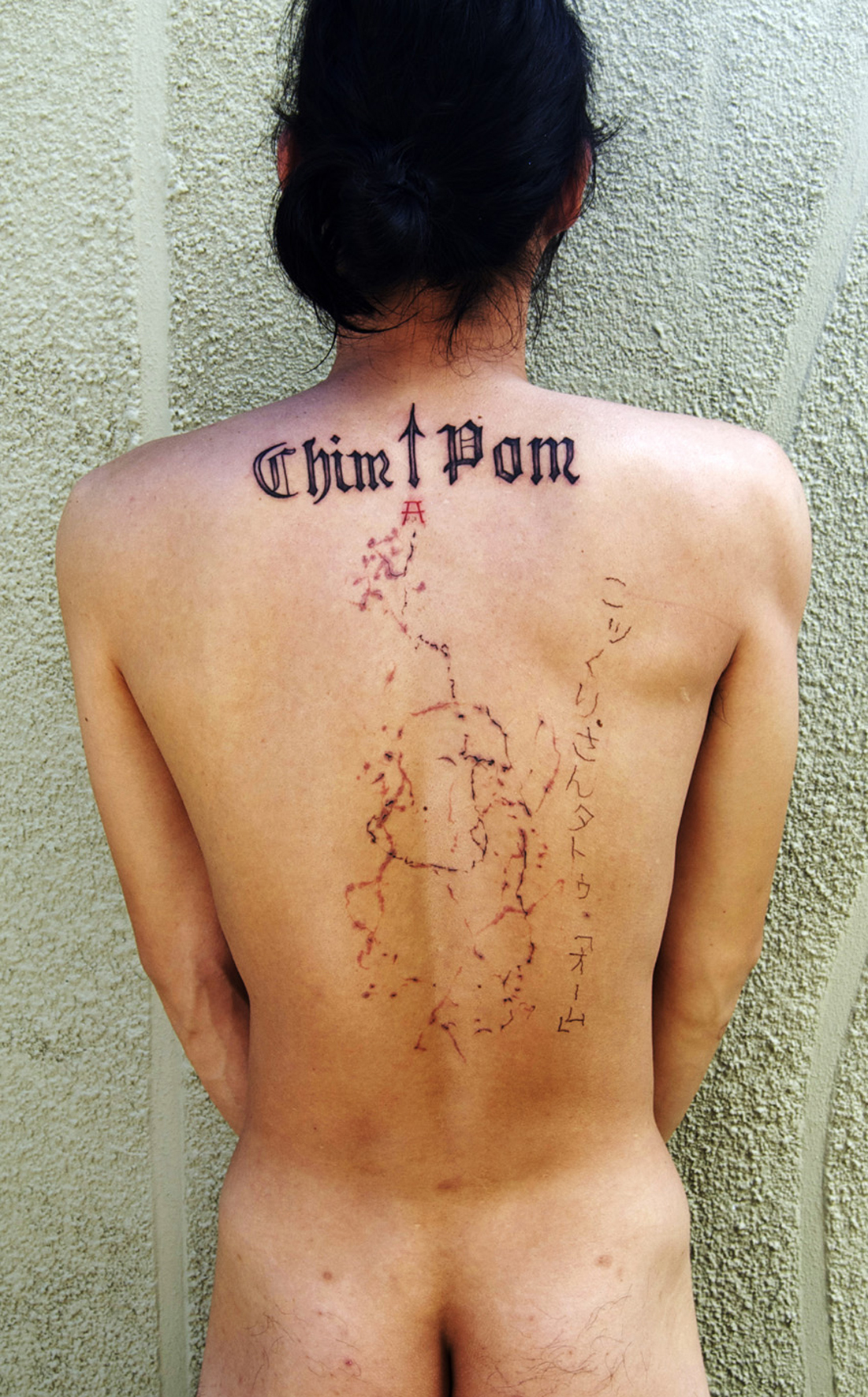 Chim↑Pom is an art collective formed in 2005 in Tokyo. The group members include Ryuta Ushiro, Yasutaka Hayashi, Ellie, Masataka Okada, Motomu Inaoka ir Toshinori Mizuno. Since 2005, the collective has exhibited its artworks in both solo and group exhibitions across the globe. In 2015 they founded the Garter artist-run space in Koenji, Tokyo. They also conceived the concept for “Don’t Follow the Wind” (March 11, 2015-), an international exhibition in the Fukushima exclusion zone that “no one can actually go see” until the ban on return is lifted. Also in 2015, Chim↑Pom received the Best Emerging Artist Award at the Prudential Eye Awards.

While exploring themes such as cities, consumerism, and poverty, as well as scenes of natural and man-made disasters, the artists are responding to contemporary social dilemmas and attempting to capture the 'real' of their time.