New artwork in the collection – diptych by Arjan Martins 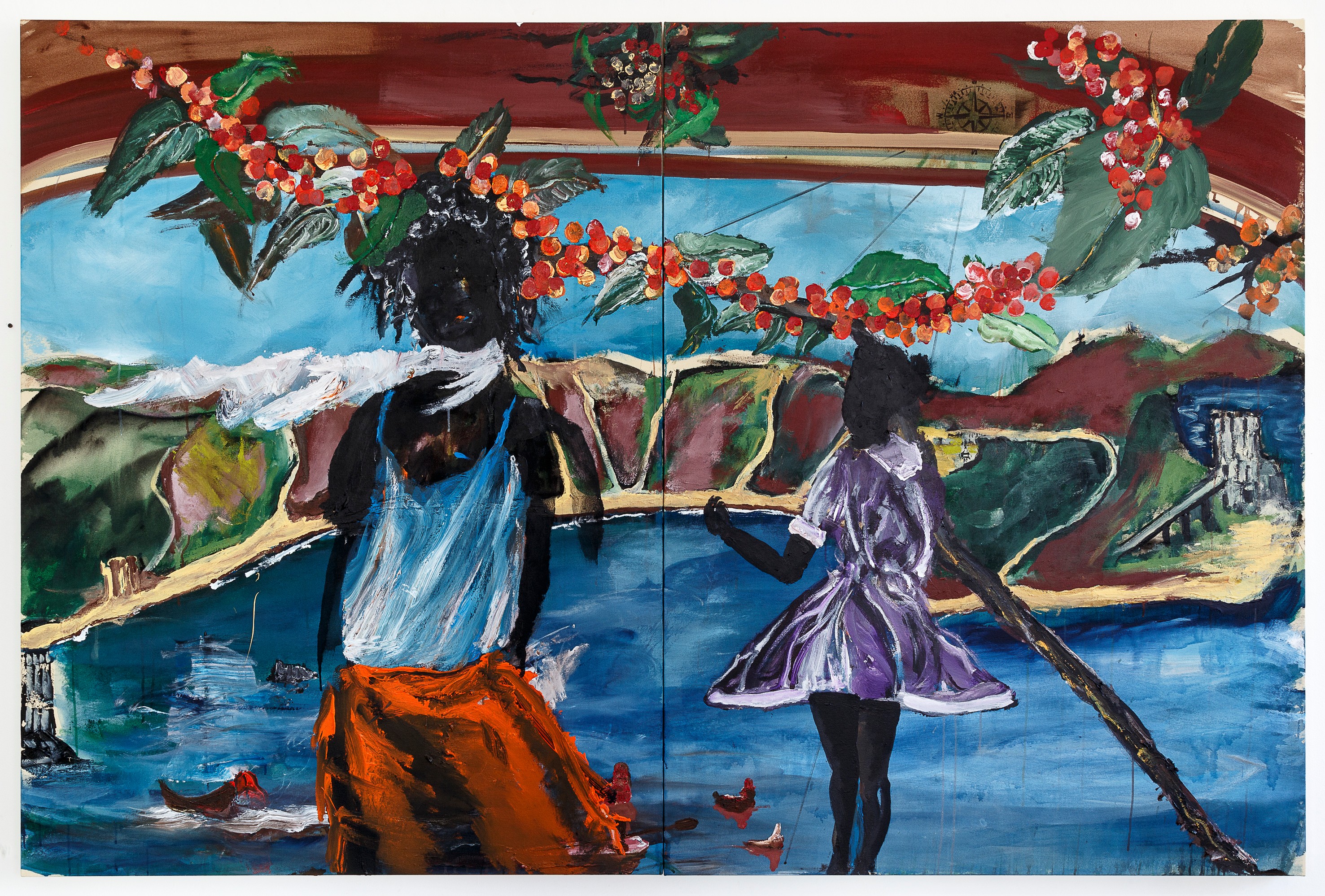 In his work, Arjan Martins explores the problems of the African diaspora and African-Atlantic migrations that occurred during colonization of Brazil. Martins creates cartographic paintings depicting migration paths in the form of large caravels, sextants and globes as if they were carrying the full weight of deported slaves on their shoulders all alone. Immigrant and African descendant imagery is a key part of the artist’s iconography, showing them in daily action from their arrival to South America until the present day. His work revolves around the inclusion of characters and codes not shown in history, while his canvases and drawings tell the story of colonization and slavery from those who have endured it and have been tortured by the imposed regime. His paintings are full of rough, uncomfortable shapes, cold and sometimes slightly dirty colors, but they also give them the effect that so often many works are lacking. Martins does not beautify the reality and sees no reason to do so.