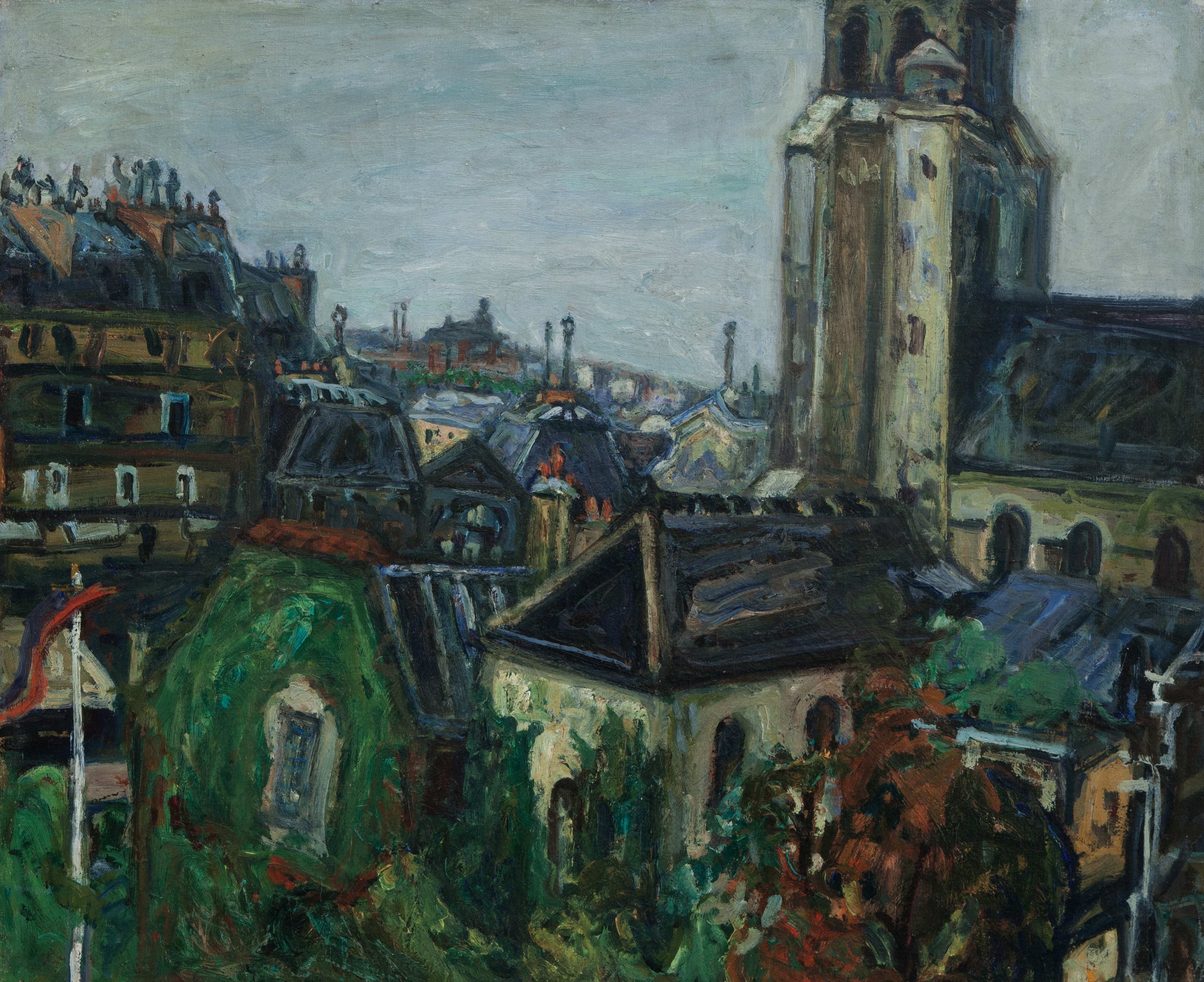 On 5th August at 5.30 p. m. the exhibition "Colours and Forms of France" will be opened in the Tolerance Center of the Vilna Gaon State Jewish Museum (Naugarduko g. 10/ 2, Vilnius).

Landscapes and still lifes have a special place in the history of painting. The natural scenery and urban landscapes painted in the open air had a direct impact on the works of the graduates of the Vilnius Academy of Art such as Marc Chagall (1887–1985), Pinchus Kremenge (1890–1981), and Michel Kikoine (1892–1968) and the representatives of Kaunas School of Fine Arts, Max Band (1900–1974) and Neemija Arbit Blat (1908–1999), who at that time worked in La Ruche (the Hive) studio of the School of Paris. Theo Tobiasse (1927–2012), a Litvak painter of a later generation who also lived in Paris, provided an existentialist interpretation of well-known Paris architecture. With the support of their patrons, the Litvak artists frequented the plein-air painting events held in the south of France. The French sun illuminated the painters’ palette and the Lithuanian-Litvak melancholy was replaced with sunnier, brighter colours, with vibrations of light and shade playing under the trees, hiding in town squares and vibrating from the rooftops of Paris. At the exhibition the symbolic-allegoric landscape is represented by artists of several different generations who kept rather close, friendly relations. One of them is the world-famous Marc Chagall. Yet another is Theo Tobiasse, who is almost our contemporary. The landscapes and still-lives coloured by the sun of France and full of expressive symbolic charge bring back to life the scenery of the first half of the 20th century France and revive the world of the School of Paris period.

Modernism and the search for new forms influenced the art of sculpture in the early 20th century. The exhibition displays works by Jacques Lipchitz (1891–1973), Emmanuel Mane Katz (1894–1962), Ossip Zadkine (1890–1967), Neemija Arbit Blat, and Theo Tobiasse. Druskininkai-born sculptor Jacques Lipchitz, inspired by the new canons of beauty, aesthetics and form stemming from the constructive heritage of African and Eastern cultures also followed the Cubist tradition later to be inspired by mythology and religion. As a result, square cubist forms got softer and more amorphous. One of the most interesting sculptors of the first half of the 20th century was Ossip Zadkine, who also joined the Litvak artists at La Ruche. He combined two schools of art: that of Auguste Rodin and the Modernists. As a result he mainly focussed on the material and managed to combine soft sculpting lines with the features of Eastern Buddhist sculpture. Although better known as painters, Emmanuel Mane Katz, Neemija Arbit Blat, and Theo Tobiasse also created sculptures. The artists opened up new horizons for the use of bronze in sculpture. The exhibition Colours and Forms of France displays works by famous Litvak artists who in the early 20th century represented the School of Paris. The works come from the collections of the Lewben Art Foundation, Lithuanian Expatriate Art Foundation and Vilna Gaon State Jewish Museum.

Partner of the exhibition: French Institute in Lithuania